Eric was among the first ones to have moved to the current IÉSEG building, Rue de la Digue. From his early years, he particularly remembers his “initiation” on the North Coast near Wissant. The schedule included a huge treasure hunt, which ended with a jury of fifth year students granting the right to join IÉSEG…this took place without any problems and all in good spirit! He mentions that it was here that he met his friends with whom he hanged around during his five years of studenhood and some still today!

But IÉSEG holds a lot of other good memories for Eric: the many hours working for the Junior-Entreprise (local non-profit organization entirely managed by students), losing the elections for the BDE (Student event board) and the “prestigious parties” on IÉSEG’s campus, the difficult Friday mornings after the traditional Thursday nights out, and last but not least his math teacher Tri Minh Cao who offered points in reward for active participation in Tutorial classes, that sent the class chatterboxes to Siberia (in other words the back of the class) and called all girls “chieftain” at the blackboard!

After 5 memorable years on the school benches, Eric yearned for exoticism: he left for South Africa in Johannesburg as part of a 16 month mission with the French Chamber of Commerce. After this experience, and having fallen in love with the country, he landed his first mission under a local contract for the group L’Oréal as Chief financial officer for the Johannesburg plant.

He held that position for two years before becoming corporate management controller for the whole country. At the beginning of 2002, he returned to France in the internal audit division where he travelled the world throughout numerous audit missions of the Group’s subsidiaries. 3 years later, he returned to South Africa as CFO for the entire country’s activities (retail and production) and was also responsible for financial and management functions as well as supply chain and IT: 150 people under his responsibility.

In early 2010, he returned to the Paris headquarters to take charge of internal control within the head of finance division of the Group. A big change for him as he went from managing the group’s activity in one country at the head of a large team; to the head of worldwide activity but this time alone.

He works a lot with various services such as internal audit, business experts the group’s financial management and other functional departments or auditors. This position also allows him to have a direct contact with the FD of L’Oréal as well as all the regional, divisional and country FDs.

His mission is to ensure the proper implementation of internal audit for the Group. That is to say, to ensure that for significant risks that are identified, there exists a relevant risk management operation (standard, procedure, organization control…)which can either eliminate the risk or reduce it to an acceptable level for the Group.

To be clear, in order to illustrate the difference between internal control and internal audit, Eric explains that the internal control system plays the role of “Parliament” by supervising with “laws” the key operational processes of the company so as to reduce risk. Internal audit on the other hand, plays the role of “Police” by ensuring the applying of these laws on the field and reporting back to parliament the incidents and weaknesses that could reinforce or adjust the “laws”.

A new departure abroad has already been planned for 2013!

From his travels, Eric has acquired open mindedness and awareness that there exists different things elsewhere of which we have much to learn.

Since his return to France in 2010, he reconnected with IÉSEG and IÉSEG Network by participating in “Corporate Talks” (weekly meetings between students / professionals), the “oenology” soirées organized in Paris, but also by being part of the panel of graduates interviewed during the EQUIS audit. Finally, he has initiated meetings between IÉSEG and the head of L’Oréal’s human resources so that the school may enter the recruiting pool of young business schools graduates followed by L’Oréal.

We wish him good luck in France or abroad! 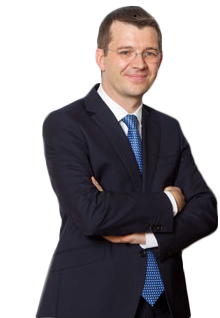